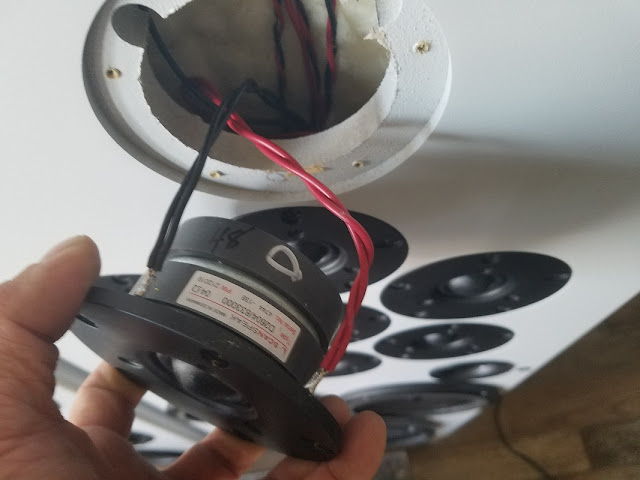 Removing stock Scanspeak tweeter from an Ulfberht. Was initially shocked by how large these tweeters are.
After having observed owners of Tekton Design's Ulfberht order the BE [beryllium] option for the high frequency tweeter alone in Tekton's MTM array I decided myself to make the upgrade to three towers or speakers, Left, Center, and Right channel Ulfberhts.
I've observed that the stock tweeters made by Scanspeak are sometimes criticized as being cheap while others suggest that these are better tweeters than in other company's products which cost thousands upon thousands more. No doubt 1 of the 35 tweeters in the LCR MTM array are around $55.00. And ordering the BE upgrade for only the center supertweeter will set someone back around $385.00 for "a" Satori BE tweeter. I, however, set out to accomplish this upgrade myself, kinda, as the jury is still convening as to whether the crossovers need upgrading. I chose not to go with the Satori but Scanspeak's Illuminator D3004/6640-00 1" Tweeter Beryllium Dome: 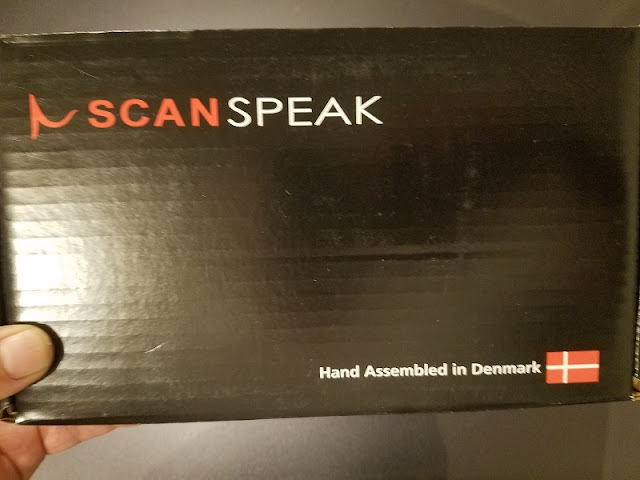 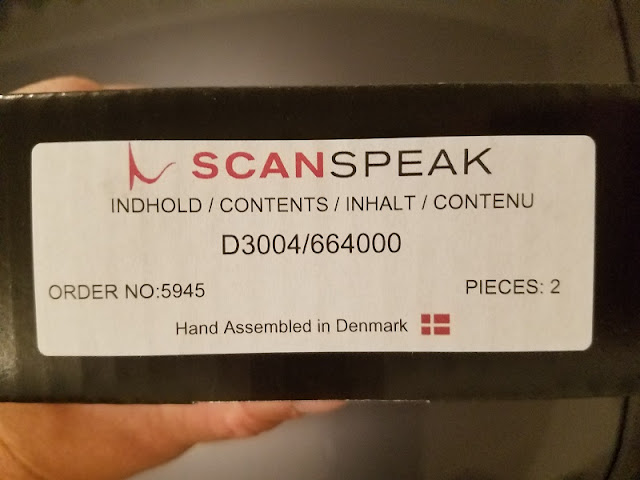 The transplant was pretty simple but I say this as an ex car audio installer. I do recommend using a quality solder for the transplant and preferably solder with silver for better conductivity: Thackery Silver Flux Core Solder Wire
Seen below is the stock Denmark company Scanspeak's tweeter, curve, and specs: 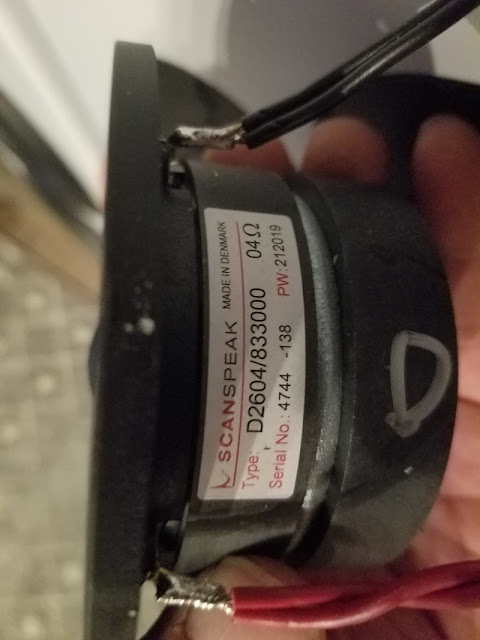 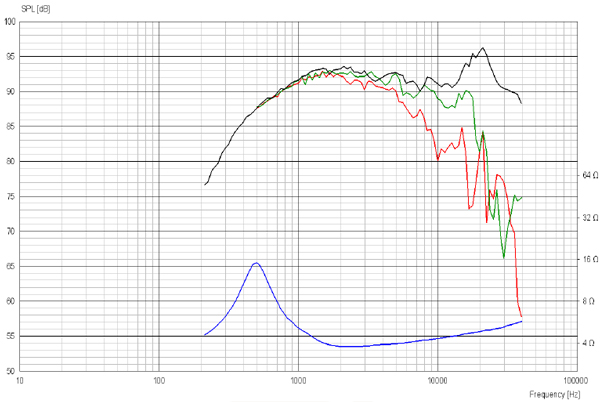 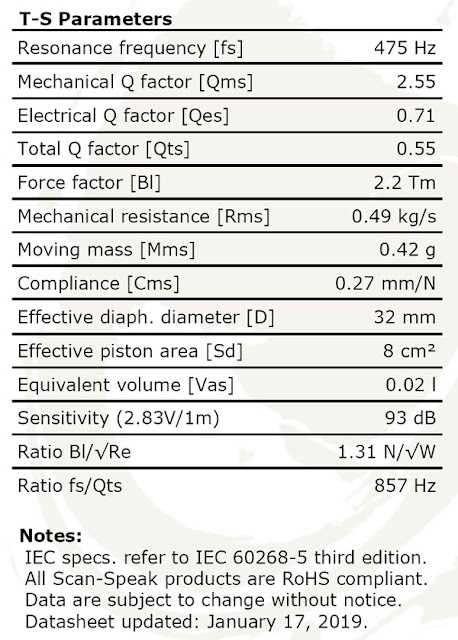 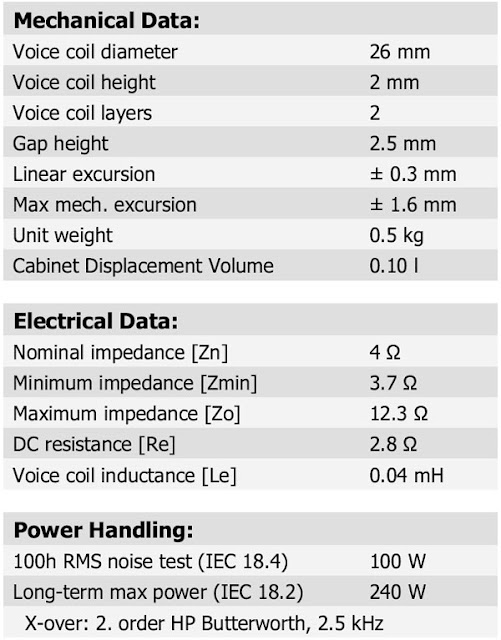 And here's the replacement Scanspeak BE Illuminator tweeter in place minus one screw. The default tweeter has a five hole pattern whereas the BE has a six hole pattern. I'm now off to the hardware store in a quest to find screws that match. Then I'll listen. I'm waiting for a reply if whether Tekton may suggest better crossovers and if so the price, etc: 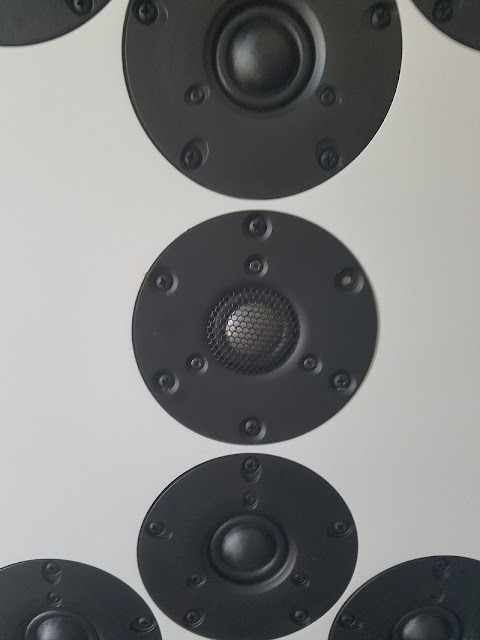 I must say, after having put a music track on to listen for a couple of seconds after soldering each new tweeter in place that I stepped back momentarily kinda shocked at what I was hearing. 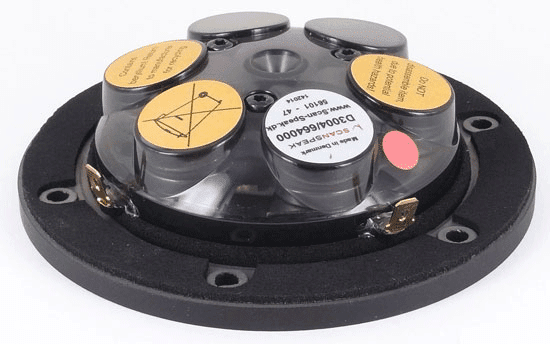 Here's a frequency chart and specs on Scanspeak's BE Illuminator Tweeter: 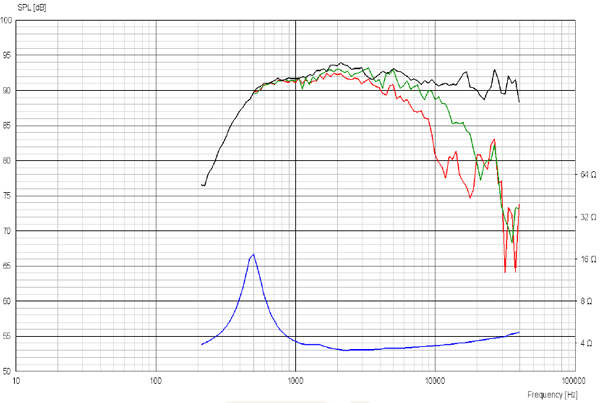 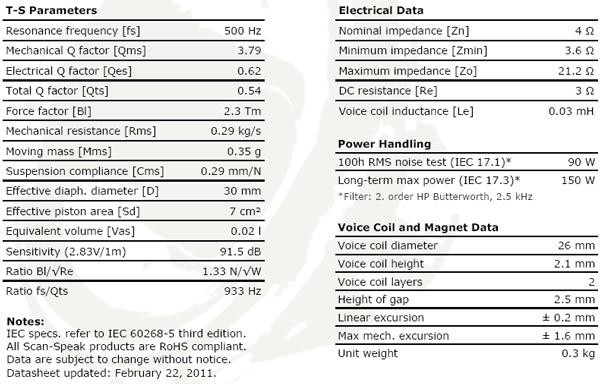 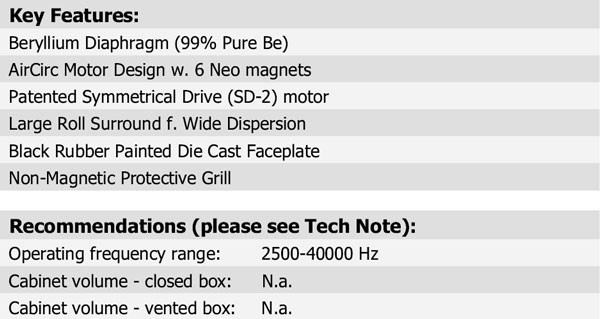 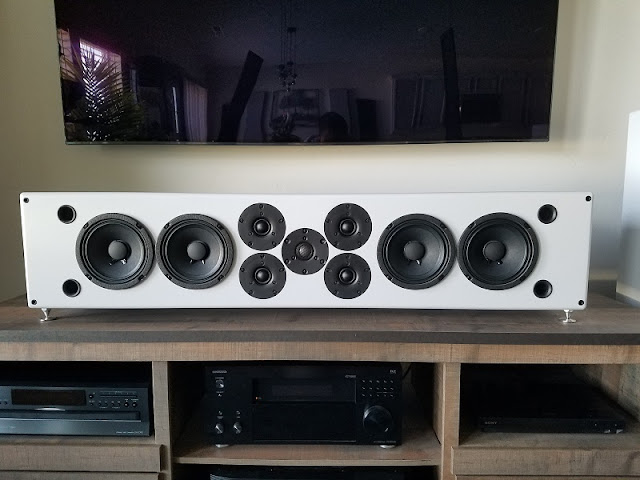 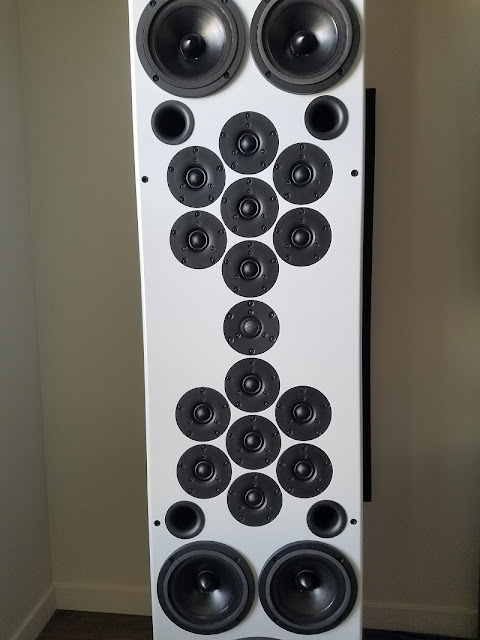 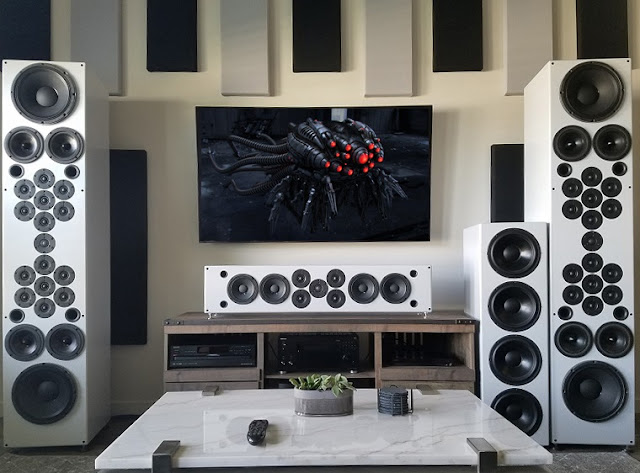