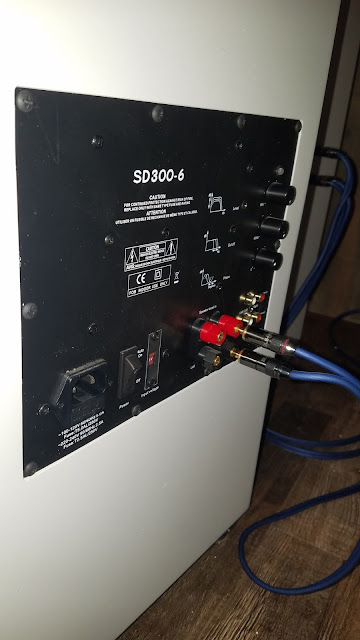 How good is Tekton Design's choice of amp in the 4-10? Better read to the end of this article before ditching the Yung amp.

Seen above are the only terminals I now use from the Yung amp equipped in Tekton Design's 4-10. There were line level input terminals but I bypassed the amp inside the cabinet and connected the internal subwoofers to utilize these terminals instead of building a replacement plate.

I've decided to start photographing and logging my alterations in this project. I enjoy besides audio the cinema experience, therefore, plan to take things to another level.

The Tekton subwoofers replicate instruments such as percussions as accurately as I've heard in a system. However, there's more to want when it comes to cinema. That is non instrumental effects such as machine gun fire and explosions etc.

Over the course of the year I am moving two Tekton Design 4-10s to the 80hz-300hz range for those killer sternum shots when a .50 cal technical on the screen rolls up behind to lay down some cover fire. Low end duties will then be tasked to dual Tekton 21 inch subs, but I ain't there yet. Basically, I'll be setting out to reproduce what Tekton Design offers in the Brisance. The Brisance has one 18" sub and dual 8" midbass drivers to cover 20hz-350hz.

Because I wish to run the 4-10s to 300hz having to bypass the internal amplifier at least crossover wise is necessary.  The onboard crossover can't be bypassed w/ a setting and the maximum low pass is 200hz.

Anyways, here's a close up of the wiring after I connected the speaker wires to utilize line level inputs built into the plate amp: 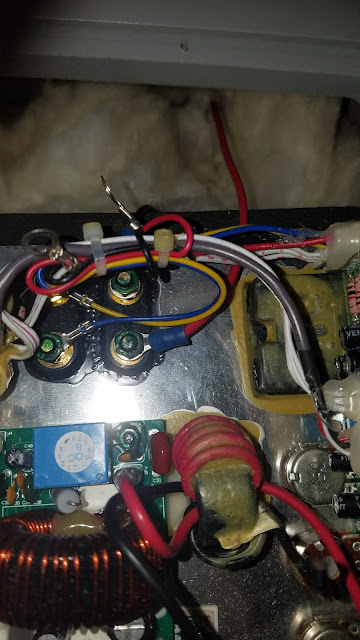 In both above and below pictures the red and black wires are clipped. These pair of wires go from the one 10inch woofer to the amp. Just clip them to the amp and use the wiring from the sub(s) to connect to the line input terminals after unbolting them and moving them out of the way. The plate amp will effectively be dead and only used for a cover on the back 4-10. Lastly, and this is an important note: there is a resistor used between the left and right terminals on the line level inputs as this must be removed. Notice also the terminals or eye loops disconnected and red and black cables secured by nuts holding the bypassed wiring from the subs into place. 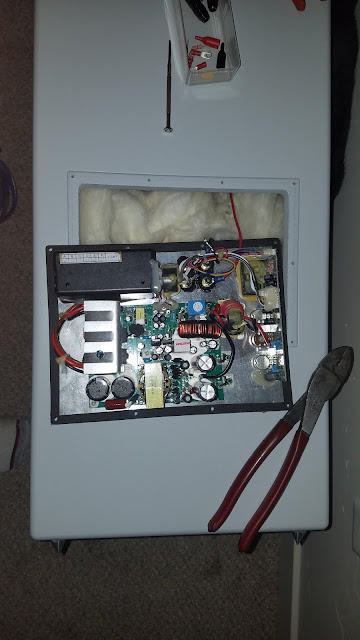 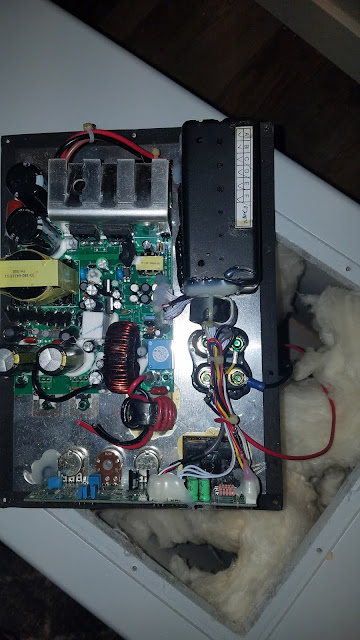 Note: when done only the two RCA or unbalanced line level inputs will be connected to the once line inputs of the Yung plate amp. The amp with built in Yung crossover or plate will be used as nothing more than a plate w/ the source connections to cover the 4-10s square opening on the back making the 4-10 a passive subwoofer rather than active.
And here's the back of the Parasound Halo A31 in which I'm using one channel to power the subs. There's a gain for each channel on the Parasound so tomorrow I'll listen and do some tuning. 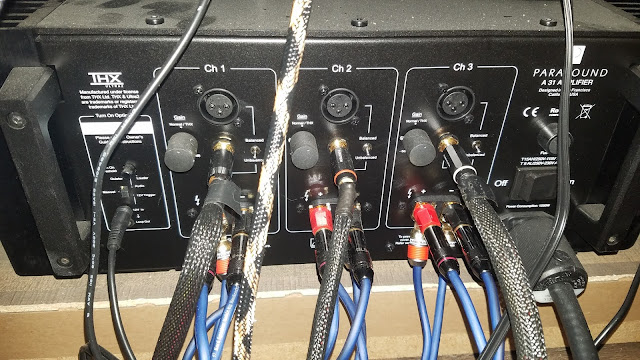 Note: phew, should of dusted the amp before taking a picture. Tomorrow I'll get back there and do some  cleaning! 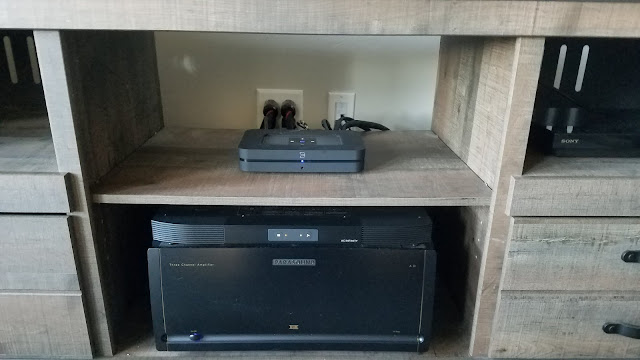 Front of Parasound and Bluesound Node 2i. At the moment I'm only using the Node 2i for both my audio and cinema AV. The Node 2i has a built in DAC and low pass adjustable crossover which can swiftly be changed by an Android app.
Below picture show's system as is at the moment. If you've noticed I am no longer utilizing a 3.2 channel system w/ center speaker but rather a 2.2 channel system. Future upgrades are planned as I wish to start integrating tubes. I'll begin by retaining the Parasound Halo A31 solid state amp and running a Schiit Freya + tube preamp.  I'm hoping I'll love the newfound tube warmth after some tube rolling. To boot the Freya + has a selection switch to run between solid state or tubes. This is highly desirable because the amp can be used in solid state mode for cinema where most of my listening happens while extending tube life for those critical audiophile moments. 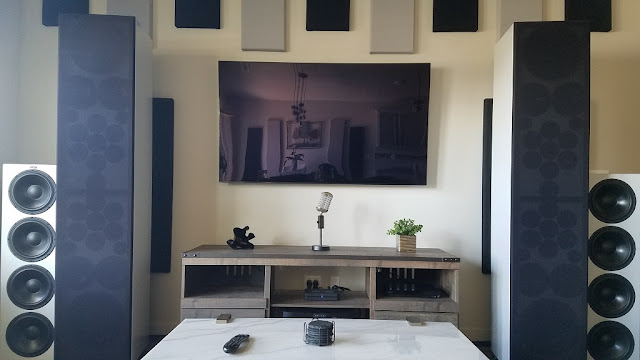 Update: All the above, that is, bypassing the Yung Class D amp for a Parasound channel of Class A/AB was a step in the wrong direction. The overall output wasn't even close. I'm reverting back to the Yung amps.

Live and learn, and now my curiosity has been satisfied.