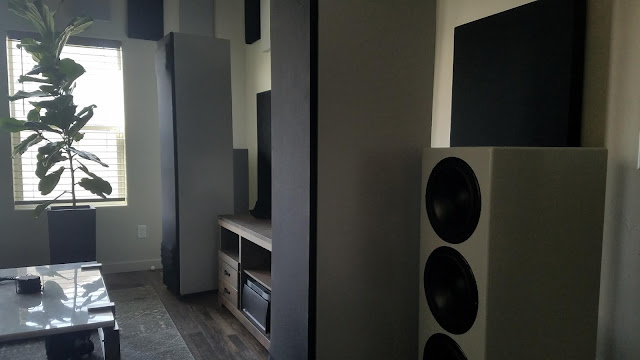 A phantom center channel refers to the psycho-acoustic phenomenon of a sound source appearing to emanate from a point between two speakers in a stereo configuration. When the same sound arrives at both ears at the same time with the same intensity, it appears to originate from a point in the center of the two speakers. - Wikipedia

Some adjustments for those that have been following my blog: Tekton Design Ulfberhts were moved in from 9 feet to 8 feet in between. Toe was lessened and now each speaker points to the outside shoulder of furthest listeners in a 3 wide listening position. Speakers were pulled from the rear wall increasing distance 12 to 18 inches where wall sound absorbers are mounted.

After hearing a rather narrow phantom channel that seemingly ceases before actually reaching each of the speakers in width I made some adjustments. The phantom center was too focused or too narrow. Especially if sitting on the outside of a 3 way listening position. The soundstage on these outside positions appeared to come from the speakers rather than through a phantom center. Only sitting in the MLP [main listening position] dead center on the couch resulted in a narrow phantom center appearing. These adjustments increases the width of the phantom center channel. Moving the speakers inwards towards one another also has the beneficial effect of extending the soundstage past the outside of the speakers. Final distance from center listener to each Ulfberht speaker is 9 feet in an unequal triangle: 8ft by 9ft by 9ft.

Lastly, I recessed the 4-10s retracting them back towards the wall closer as they are sealed and not ported.  My thinking is that I'll cut down on the reflective surface of the mains by not having them even or flush w/ the front of the Ulfs. The Ulfs being further away from the wall I believe with the increased depth actually makes these cabinets act like diffusers. Definite improvements. Then, I moved the 4-10s to a total different location. In the end the new sub placement resulted in a 3db increase in spl across all three main listening positions: 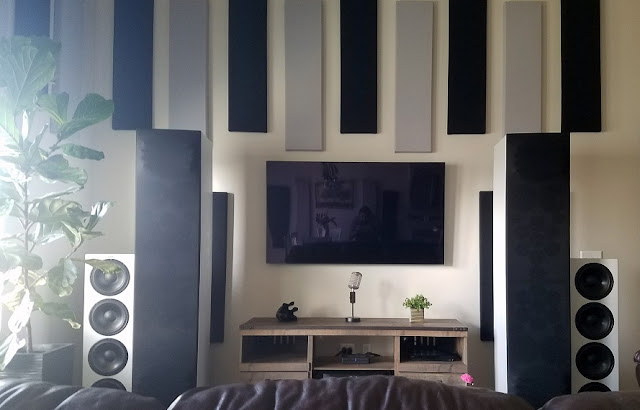 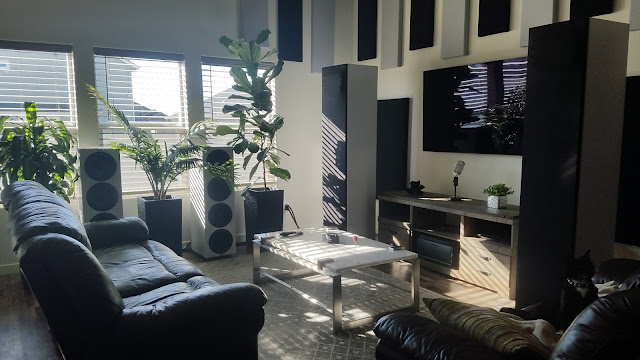