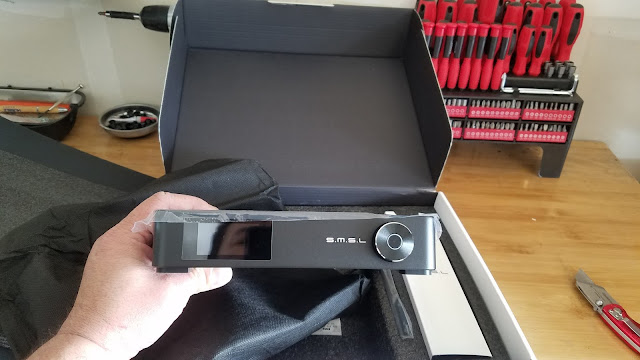 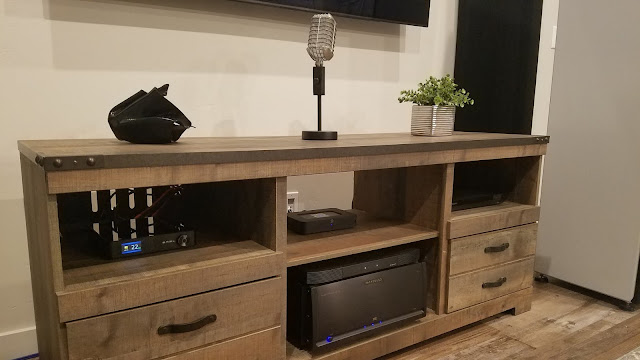 Finishing the installation/integration of the S.M.S.L M400 Digital Audio Converter. Bypassed the Bluesound Node 2i's internal DAC [by using the Toslink out while waiting for Coax cable] and also MQA unfolding since the S.M.S.L. has MQA capability. Then, I set the Node 2i's setting to fixed volume as the volume will be controlled by the S.M.S.L. M400. The Bluesound Node 2i will only be in use for media streaming - at the moment Qobuz.

What I am really looking forward to is going from the Node 2i's RCA outputs to the S.M.S.L's XLR for Stereo while also utilizing the RCA to active Tekton Design 4-10 subwoofers which have integrated plate amps with crossovers:

First song by Melody Gardot finishes and most noticeable thing is the gain. I never looked at the RCA voltage from the Bluesound but noted I had to crank up the gains on the Parasound to achieve my regular volume. Now I need to get back behind the Parasound to reduce the gains because obviously the XLR are truly 4volts output. There's no need to compensate w/ the Parasound's variable gain inputs.

Next, upon power up and down of the system the pops, random static sounds, and crackling cease to exists. The noises which plagued the system when utilizing the Node 2i's DAC as well as RCA outputs.

And how about that - the harshness is now gone and a newfound fidelity blossoms. Melody Gardot sounds wonderfully smooth - a Canary.

Already I can discern more depth in the soundstage where dynamics increase while musicians appear against a black OLED type background ..... The silence is stunning between notes as the stillness of night allows more clarity of who's voice transcends around or a more prominent note when played by an instrument.

Back to that harshness .... this is really a noticeable contrast between the Node 2i's DAC and the M400. The piano and other instruments have a warming tone. The grand piano no longer appears to be wailed on and struck like a staff to a rock made to weep but the ivory keys meet w/ gentle depressions and loving releases to smoothly flow in melodic streams - so easy on the ears:

Conclusion: The Bluesound Node 2i makes for a great streaming device and temporarily fills a vacancy in my system for a time by utilizing the Node 2i's DAC. However, the S.M.S.L. M400 takes the musicality to a different level. One of the things I appreciate about the M400 when reviewed - there was a constant among reviewers suggesting that once the M400 integrates into a system the DAC is no longer the bottleneck. The cork is popped and my glass overfloweth.